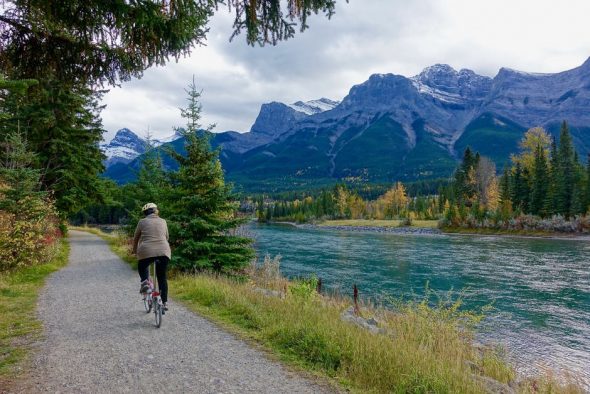 Across all of the road networks in Britain, 90% of all journeys were completed on these roads. On these roads, 83% of journeys were undertaken in a car, van or taxi – covering more than 600 billion kilometres over the course of the year.

Across Britain, how do people feel about cycling?

In Wales, based on those that were surveyed, it’s clear that few cycle every day. Only 6% claimed that they used their bikes on a regular basis – and this is very similar to other parts of the country with similar responses.

In Scotland, the picture looked relatively similar, as 3% of people over the age of 16 used a bicycle 1-2 days a week. Furthermore, 2% used this form of transport 3-5 days a week, and only 1% used a bicycle every day of the week.

It has been suggested that 3% cycled five times a week (1.3 million) — which is less than the overall national average, based on those surveyed over 16 between 2014 and 2015 in The Active People Survey. The survey also found that 15% cycled at least once per month, which equates to 6.6 million people.

Throughout the whole of the UK, what has become increasingly clear is that many cyclists appear reluctant to use their bikes on a more regular basis, although the clear reasons for this still appear to be uncertain.

Although more evidence needs to be produced in order to make this claim a certainty, the total number of cyclists may be decreasing due to the hazards that they face on our roads on a regular basis. For Britain to be willing to use cycling more enthusiastically as an everyday form of transport, perhaps the safety of our roads need to be improved first.

http://www.cyclinguk.org/resources/cycling-uk-cycling-statistics#How many people cycle and how often?