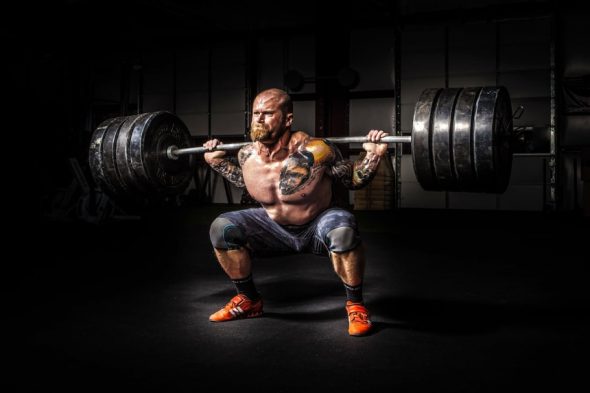 Let’s face it; as much as we can say that going to the gym and perhaps pumping iron as part of the routine is about keeping healthy and feeling good, the fact that you stop in front of the mirror to flex your muscles suggests that it’s also just as much about looking good. I mean is there any better compliment you can get from a cute lady than that of the question “Have you been working out?”

There’s a right way and a not-so-good way to go about beefing up a bit though, one of which wrong ways is simply going about it by rolling into the gym, packing on the heaviest weights you can find and pumping until you can’t complete a single rep more. This method works, don’t get me wrong, but it’s the worst way you can go about it because you’re wasting a lot of your time and energy in this way.

Beefing up the right way takes a combination of cardiovascular exercises to keep your heart healthy and in good shape, a specifically tailored diet which is balanced but places an emphasis on muscle-building protein, as well as targeted, effective resistance training with weights and through other means.

There was an experiment done – an experiment in which I pity the poor lad who had to be the guinea pig, but what was found was that even if you workout just one of your arms with weights for a year, the other arm will also develop, but only at about 30% of what the targeted arm develops. This goes back to the targeted, effective resistance training I was on about in that you really don’t have to go into the gym and just go hard until you can’t even lift your arms to squash a mosquito.

Yes, there are certain muscles and muscle groups you’ll naturally want to target, like the arms, shoulders and chest and there’s nothing wrong with that, but please don’t be one of those guys whom you can see have skipped “leg day” a bit too often. You don’t want to be a top-heavy 10/1. In other words, you should exercise the whole body, even if you do want to target a specific muscle.

You’ll not only look more natural but you’ll also do your body a huge favour in injury prevention, plus that 30% indirect muscle development discovery kicks into gear as well. The muscle developed in this manner is as close to pure muscle as you can get, which is why compound exercises are favoured and encouraged over isolation exercises which target specific muscles in isolation.

So instead of focusing on biceps and triceps curls individually, your workouts should be dominated more by compound exercises such as shoulder presses, barbell curls, dips, squats – squats actually work out more of your entire body than what you may think – lunges and bench-presses.

Play an active and challenging sport like football once in a while as well to keep your heart fit and healthy and just generally don’t focus too much of trying to pack on the meat because that comes with fat if done a bit too quickly.