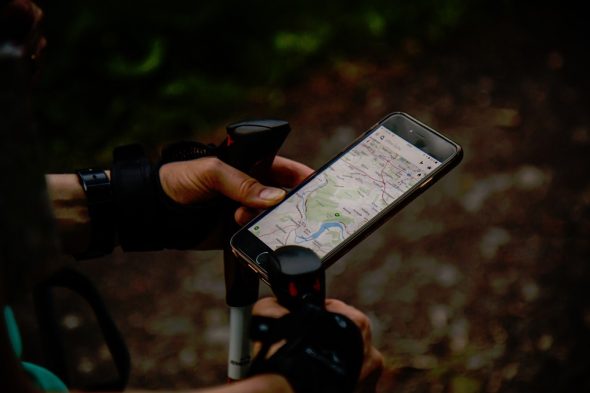 Having your phone charged up and ready for use is a necessity pretty much wherever you go in the world. Whether it be for contacting friends and family at home or capturing every moment on your camera and sharing it with the world, making sure you’re connected is vital for your travelling experience. Depending on where you are going and the nature of your trip, certain charger types and techniques will be more suitable than others, but the bottom line is, no matter what your situation, there is certainly a device that will suit your needs. Whether you’re going trekking in the mountains or laying on the beach all day, read through this article and you’ll know exactly which charger type you need for your journey.

If you’ve seen somebody charging their phone on-the-go with a portable charger, it is likely that what they were using was a power bank. These are the most widely popular portable chargers currently on the market. They work on a similar premise to most rechargeable batteries: store up electrical potential from the mains and then release it when in use. In this case to charge your phone.

They come in variety of shapes and sizes, with capacities that are more suitable for mobile phones and those more catered towards laptops and larger devices. Obviously, the larger the capacity, and therefore the charging potential, of the device you purchase, the higher the price will generally be. The average power bank you will see on the street will generally be less than 10,000 mAh and will charge your phone between 2 – 5 times, depending on the exact capacity.

The main issue with power banks is the time that it takes to actually charge themselves when connected to the mains. Some of the larger capacity models can take anywhere between 15 – 20 hours to fully charge, which is a huge time to wait, especially considering you’re probably buying this product due to restricted access to mains electricity. As such, using a power bank is only really suitable for those who will have some extended access to mains electricity, such as those who will be staying in a hotel every few days.

Using exactly the same technology as the power bank, phone case chargers have a power storage unit built into them, allowing you to charge your phone on-the-go without the hassle of taking a brick with you. Ok, not a brick, but power banks are pretty cumbersome. Not only will you have your charger attached to your phone, meaning it’s more convenient, but they are often much more protective than other standard phone cases.

One of the main downsides to phone case chargers is that due to their relatively small size, they generally don’t have a very large capacity. One or two full smartphone charges is about the limit of what you’re going to get out of this charger type; however, they do not take as long to charge up due to this fact. As such, these chargers are only really suitable for those travellers who will have regular mains electricity access.

Widely used as the primary alternative to the power bank, solar panel chargers take away all need for mains electricity access, making them perfect for journeys on which you will not have any electricity access. Using the power of the sun, this charger type will harvest rays of sunlight and convert them into electrical potential, reducing your reliance on mains power and also reducing your carbon footprint by using green energy generation .

So, I hear you asking, “what happens when the sun goes in?”. Well, if you haven’t already charged up your phone by the time the sun goes in, you should make sure that you have bought a model that has a power bank feature in it too. Having this feature will allow you to charge your phone, whilst simultaneously charging its attached power bank, giving you a backup reserve of power for when the sun isn’t giving you what you need.

Solar panel chargers will charge your phone in real time with no restrictions, meaning it may be a little slower to get your phone up to the golden 100%, but there is no physical capacity, meaning you can keep going forever if needs be. That said, a decent solar panel charger will fully charge your phone in around two hours, which is not much more than a power bank, so don’t fret, you aren’t going to be waiting forever.

A little bit of a different one, a kinetic charger is a device that uses the electrical potential created by physical movement to power your phone. This is a relatively new technology that is not quite as advanced as solar panels or power banks, but it definitely is one to look out for in the future. There are currently only a couple of models  on the market that are well received but are still lacking in many areas.

Obviously due to it relying solely on physical movement, this kind of charger is only really suitable for a very specific type of trip. If you are going to be laid on the beach all day, every day, this definitely isn’t for you. If, however, you’re going cycling, hiking, running, or any other vigorous physical activity, this could be what you have been looking for. This also means that you could be in the darkest, most remote place in the world, but you’d still be able to power your phone, unlike with the power bank and solar panel.