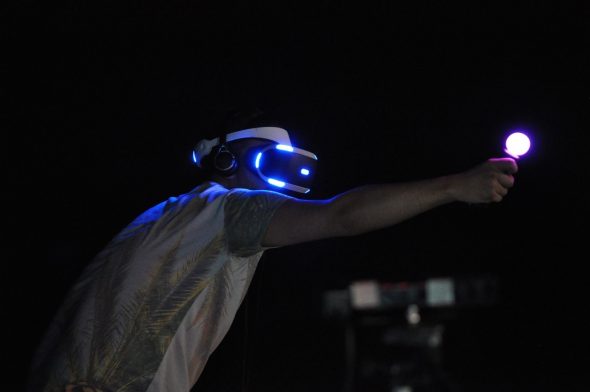 VR technology is getting more and more advanced, which makes it accessible to a wide variety of markets. This means that it can be taken well past the gaming industry and introduced to brand new niches that could make use of this type of technology. And just to show you how far it has gotten already, we’d like to tell you about a VR software created for new lottery winners to help them deal with the reality of being wealthy.

Initialized by Loto Quebec, one of the leading lottery operators in Canada, the VR project is aimed to provide support to the winners. The internet is full of stories about lottery winners who have squandered away their fortunes because they were not yet ready to deal with a large amount of money.

So, Loto Quebec has created a VR software that would help them see what it is going to be like as they go through the most common phases of the lotto win aftermath. Starting with the inevitable impulse purchases that every lotto millionaire will want to make, to the overwhelming enthusiasm verging on a full-blown God complex, the VR program will show them what they will go through, one frame at the time.

Another essential element of the VR lottery winner experience is dealing with relatives and friends who all of a sudden remember to call and write to ask for money. As in most cases, the families and close ones of the winners feel like they have a claim to the prize as well, the software could show the winners what to look out for so as to stay prepared.

The other major partner in this project was the Jasmin Roy Foundation, which has a long list of projects in development meant to help the victims of bullying. Their spokesperson has said that it is essential that lottery winners know that they should not feel bad when refusing people who ask them for money, and that they should try to make responsible choices for their money, rather than ones based on good intentions only.

The Lotto VR software is available to all Loto Quebec players who win more than $250,000. According to the developers who worked on the project, the VR experience should “desensitize the winners” to all of these potentially difficult situations and “bring them back to reality”. Staying grounded in the face of a huge win could preserve it and save the new winners quite a bit of grief, and the software could help achieve this type of goal.

As for the feedback for the project, it seems to be extremely positive. Already used by as many as 1500 winners so far, the VR software has proven to be very useful to them. Based on this, Loto Quebec intends to keep the VR project on and maybe even help to expand it outside Canadian boarders for other lottery winners to use.

It remains to be seen if the VR project will be used in other big lottery markets, such as the US or Europe, but this novel project is clearly the beginning of a new technological era. While playing the lottery online is no longer a mystery to any lottery fan, adding yet another tech component to the lotto world can only take it further and further.