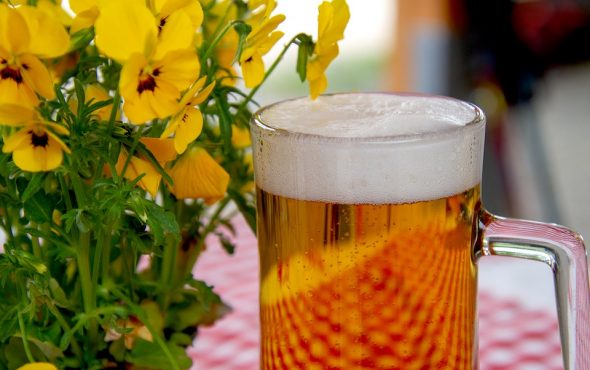 When it comes to drinking, there’s so many unwritten rules and homages that drinkers abide by. Whether that’s relating to calorie intake, how to prep yourself for a night out in the city at your favourite bar or reducing the risk or even curing the dreaded hangover the morning after.

However, as with most things in life, there are some of these rumours that hold a certain truth, and some that have sprouted into mainstream culture and stuck around for no good reason. This is especially true when it comes to beer.

Today, we’re going to explore five of the most popular beer myths and debunking them, so you know the truth about the drinks you enjoy the most.

#1 – Beer in Green Bottles is the Best

This is a common misconception because green, or even clear, glass bottles will let in harmful UV rays that can damage your beer. This is especially important if you’re enjoying your beverage while sitting in the sun enjoying the beautiful summer weather.

In fact, too much sun will result in your beer tasting skunky, which is why drinking from a draft beer system or brown bottles tend to be the most recommended form of drinking for lagers and beers.

#2 – Beer Should Be Ice Cold When Served

When we see beers being served in a bar, or we see the advertisements on television and online where beers are being served after being stored in the snow of a mountain, which is ideal for that crisp, icy, refreshing taste, it’s no wonder we think beer should be served ice cold.

However, this isn’t entirely true, and in fact, depends on the type of beer you’re drinking. For example, for the best taste and flavor, if you’re drinking a Lambic or Lager, you should aim for the 4-7 C range, whereas a Gluhwein, a mulled drink served typically during the festive season, should be around the 60-70 C mark.

This simply isn’t true. Don’t get me wrong, drinking too much beer can be bad your health, just like it is with every other kind of alcohol, but it’s been proven time and time again that drinking in moderation can prevent weight gain, as well as decreases the risk of health conditions like weight gain and heart failure!

#4 – The Bubbles on the Glass are Awesome!

While it might be fun and entertaining to watch the bubbles stick to the side of your glass, and it only heightens the experience of drinking a refreshing beer, there’s actually a hidden truth behind these bubbles.

I know when I go to a bar, it’s always nicer to get a glass bottle of beer than it is to receive a couple of cans from your local supermarket. The taste seems to be cleaner and more refreshing, the feel of the beer on sipping and the entire experience just seems to be nicer, especially when it comes from your favourite craft beer breweries.

However, contrary to popular belief, having cans of beers can actually be far more refreshing and has a lot of other benefits. These include blocking out harmful sun rays which are known to ‘skunk’ beers, cans prevent oxygen damage to the beers, and the cans are far more environmentally friendly than their glass counterparts.

As you can see, there are many misconceptions out there when it comes to drinking beer. Now you know the truth; you can get ready to enjoy your next beers to their maximum potential.