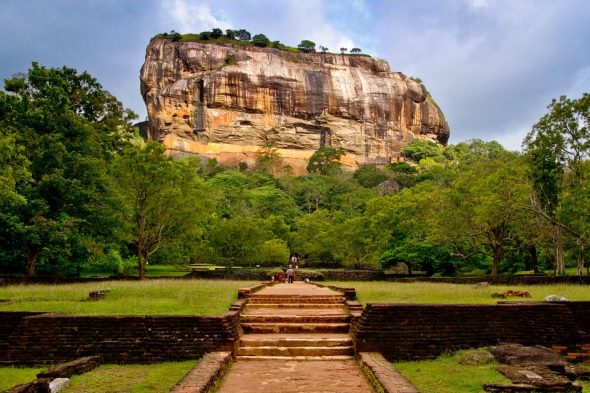 Tucked beneath the Indian peninsula lies a teardrop-shaped island. Once called Ceylon, this former British colony was the crown jewel of the British empire in the East. Now its own country, Sri Lanka, boasts of beautiful beaches, modern cities, and a beautiful environment that provides unique Sri Lanka experiences for tourists.

Sri Lanka has a profound history. Just like India, the existence of the island has been known even to ancient Greek geographers, Persians and Arab scholars. This small island has a lot of former names, depending on who you ask. But when the British made it into a colony, the name Ceylon stuck with the country and remains so, especially when people talk about Ceylon Tea.

Marco Polo visited Ceylon once in the 12th century and claimed that the country is the best island with regards to its size. While it was still Ceylon, Sri Lanka devoted much effort to tourism. The country has had its own bureau to promote tourism in Sri Lanka since 1937. It has gone through a few name changes here and there since.

This bureau has served its purpose, though, as Sri Lanka’s wildlife, beaches, and other natural beauty have been successfully preserved. There are lots of things to see, places to explore, and food to taste in Sri Lanka. Of course, an island steeped in history has its own culture that can be studied through its festivals and performers who do shows for tourists.

If you’re someone looking to explore the cultural side of Sri Lanka, the country boasts ten national museums under its Department of National Museums, where you can learn the rich history and past of this small island nation.

Another point that Sri Lanka has for its tourists is its historical and religious ties with Buddhism as there are lots of Buddhist temples in Sri Lanka. Two of them, the Golden Dambulla Temple and Pidurangala Temple, were built using caves as part of the temples. These temples are a must to visit for any Buddhist pilgrim in Sri Lanka.

There are a lot of other tourist spots in Sri Lanka other than the temples. For example, the Sigiriya citadel was a fortress built on top of a giant rock. It was supposed to be a defensive castle against King Kashyapa’s brother’s return. Another cool place to visit is the Pinnawala Elephant Orphanage where the government takes care of orphaned elephants until they are old enough to fend for themselves.

If these “sights” are not your thing, then maybe you’d like the “sounds” better. As mentioned, the festivals in Sri Lanka tend to be as colourful as they are diverse. One such event is the Poson Poya (or Poson for short) that’s held in early June.

Because Sri Lanka is very diverse, expect it to have Christian, Muslim, Hindu and Buddhist festivities. That means that no matter what your culture is, if you’re looking for a unique vacation experience, a trip to Sri Lanka might be the best for you.