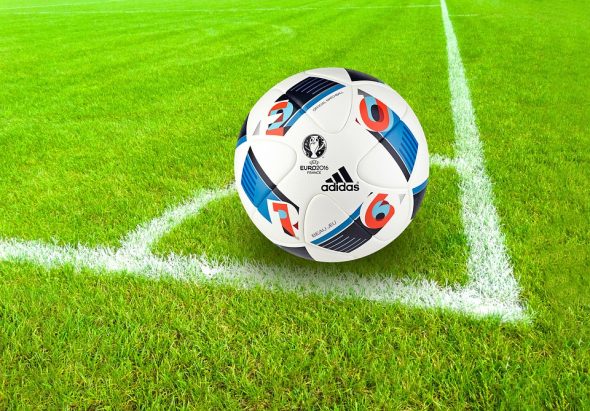 Whilst the game remains almost the same, the salaries and pitches are just a few things that have in the years since 1863, when the beautiful game was first established in.

Compost Direct, a garden and lawn top dressing retailer has looked back over the evolution of football pitches, predicting what could be next.

Football owes its roots to natural grass – a turf that has served the sport well right up until present day — over 150 years in total. Pitches are heavily reliant on good levels of light and watering, requiring high levels of maintenance. Because of the delicacy of grass, intensive use can leave pitches far from perfect.

Keeping football grounds pitch perfect isn’t an easy job, which is why professional football clubs hire groundsmen to ensure their pitch is match-ready. High-profile roles can earn up to £42,000, so it’s clearly big business.

The introduction of artificial turf

Back before the 1960s, artificial turf was unheard of – nowadays, it’s a common alternative to grassas a result of the low maintenance it requires. It was invented by David Chaney, head of the RTP research team, and was made from polypropylene or nylon fibre attached to a concrete or asphalt base.

After its first installation in 1966, UK teams soon became aware of the benefits this low-maintenance turf would bring, with Queens Park Rangers, Luton Town, Oldham Athletic and Preston North End all replacing their natural grass pitches.

Despite the benefits, artificial turf also had many negatives. One was that the harshness of the pitch was detrimental to player’s joints, while sliding tackles often lead to friction burn. In terms of matches and player performance, footballs were difficult to control and fatigue levels were higher.

This type of turf was used until 1955 when it was officially banned from English football. League pitches were replaced once more by their grass counterparts.

The revolution of 3G pitches

3G pitches emerged following the aftermath of the artificial turf ban. It was victorious in the early 2000s. Learning from the mistakes of previous pitches, the turf was created to mirror real grass, with longer, thinly spaced tufts to ease the impact on players. Likewise, sand infills and rubber granules deliver both bounce and support.

In the UK, according to the FA, there were 780 registered pitches in total for the 2016/17 season. They are primarily used by lower league sides and as training pitches due to their all-year-round appeal.

A future with 4G

4G pitches seem to be the next step for football teams. Unlike previous grass alternatives, they contain a mixture of artificial and natural turf. They are created by growing natural grass around artificial blades, and work by combining the benefits of both natural and artificial pitches. The pitches are hard-wearing and low-maintenance, as well as being soft underfoot and having minimal impact on how the player interacts with the ball.